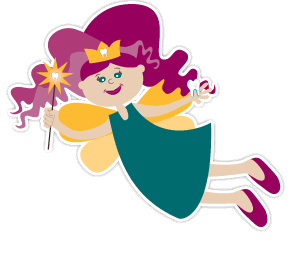 An important part of growing up is taking the time to reflect on your childhood experiences, including your attitudes toward such celebrities as the Tooth Fairy, Santa Claus and Easter Bunnies. Not least, this will influence what you tell your children should you become a parent!

Several questions are frequently asked about these childhood stories, and experts from many fields have provided commentaries. One side of the argument is that myths benefit childhood development by enhancing imagination. But a contrary view is that, in effect, they tell kids it's okay to lie.
From the readings below you might well come to the conclusion that it really doesn't matter whether you do or don't pass the Tooth Fairy story on to your children – it's a loving, caring environment that matters most. 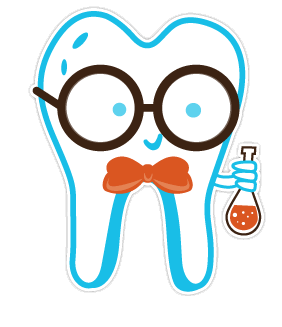 Do you find it surprising to see Tooth Fairies and Tooth Science side-by-side (or juxtaposed – a handy word to know, if you don't already) on the same website? Indeed, some people talk about "Tooth Fairy Science" which essentially is wasting good thinking on poorly-founded questions (read more here and here). So while Tooth Fairies surely have a place in our society, that place most certainly is not a part of Science (although the two can happily coexist).

So what then is good Science? Science is a clever method for solving mysteries. Unlike Tooth Fairy Science, proper Science starts with a strong question, and usually one that's already been the subject of much thinking and experimenting. The Scientific Method then uses Hypotheses ("ideas that might be right"), experiments and observation to make tentative discoveries that other scientists can retest and then agree or disagree with.

HAVE A GO AT MAKING A HYPOTHESIS?

Why don't you try making some Hypotheses of your own about the Tooth Science featured on this website?

Here is an easy example to get you started – Is Molar Hypomin a Global Disease?

Looking at our world map, which shows where Chalky Molar Kids have been counted, you can see that many countries lack any data. So a good question is to ask "why hasn't Molar Hypomin been studied in these countries?" Your hypothesis might be that this is because Molar Hypomin is not so much of a problem there. But another possibility is that people in the unstudied countries don't know enough to recognise Molar Hypomin as a problem, or don't have suitable research teams! What counting experiment (study) might you do to clarify whether Molar Hypomin is a serious problem right around the world?

You can read about some other Research Questions and Hypotheses that are being investigated by The D3 Group and others here.