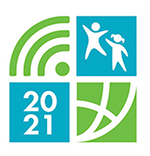 Due to the 2020 pandemic, D3G's Pre-Symposium Online Workshop was presented as a COVID-safe forerunner to the inaugural International Symposium on Molar Hypomineralisation and Chalky Teeth that had been planned for this time.

The 3 interactive webinars (2 hours each) involved 35 panellists from around the globe who provided their perspectives on the 3-layered "Molar Hypomin problem" and shared the latest about D3G's research breakthrough, clinical, educational, and translational initiatives. This foundation was used to consider key questions and global projects aimed at improving management of, and ultimately preventing, Molar Hypomineralisation and other types of chalky teeth. Aspects covered included population health, clinical management, research, education, and science translation through to improved practice, policy and products.

Happening in the 100th year of chalky enamel research, this breakthrough event centred on a draft Discussion Document intended to become a translational framework for the Symposium and ensuing action plans and publications.

For more information about the event and an allied continuing education pack see here and here.

Spurred by burgeoning interest in internationalising D3G plus a timely gathering of researchers (IADR General Session), our first offshore network meeting was held on Friday 24th March at an Irish pub in San Francisco. Totally impromptu and organised on the spot by Mike Hubbard, this milestone event was attended by 8 people originating from 7 countries, with lecture clashes and short notice preventing many others from participating. Despite a rowdy environment (sitting under a big screen during an Irish football match, no less), we managed to toast the launch of overseas membership in D3G ("International friends of D3G") and exchange ideas about useful next steps over a scrummy pub lunch. It was agreed by all (plus many other RSVPs) that this "D3G pub meeting" was a great recipe that must be repeated – but preferably with longer notice (sorry about that).

Following pre-launch to the dental community in April (a success, judging from >9,000 website visits since!), the public launch of D3G's online education initiative took place at the Royal Dental Hospital of Melbourne on Saturday 24th August. The translationally-themed event started with 6 lectures from postgrad students/graduates addressing diverse aspects of Molar Hypomin. These talks, heard by >70 attendees, were notable not just for their quality but also for the "world first" explanation and exclusive use of D3G's draft terminologies.

The hour-long official launch then started with "D3G family" representatives giving personal perspectives on Molar Hypomin – this involved a "Hypomin Mum" and her dentist, a hospital dentist, a South American dentist, and three industry reps (coincidentally, one with Hypomin!). Next, dental research pioneer Grace Suckling was bestowed as D3G's patron (see news item below) and website authors Mike Hubbard, Bec Williams and Sharon Dunn described how the website evolved "from dream to reality".

Maria Myers, representing MRUFD benefactors Allan and Maria Myers, then launched the website by cutting an on-screen ribbon. As commemoration, Maria was presented with the first glossy-print copy of the Sam storybook, which had been dedicated to her and Allan. Next, our collaborative intent to have "Doctors+Dentists+Scientists" work together to combat "D3-caries" was announced by Sharon Goldfeld, representing the Royal Australasian College of Physicians. This exciting advance stems from D3G's recent involvement in RACP's Oral Health strategy and allied liaison with the Royal Australasian College of Dental Surgeons (see news items below).

The event was closed after open discussion about D3G's future. A networking session followed, after which many attendees translated to a gourmet pub for further discussions. We gratefully acknowledge all those who contributed to this milestone event, including our financial supporters (Colgate, GC, A-dec, Acteon, Wrigley, MRUFD).

Despite much effort to make the website "public friendly", media consultants advised that further simplification was needed to capture public attention – hence D3G's "Chalky Teeth" campaign was born. As step one, attention was drawn to the high prevalence of Molar Hypomin (i.e. 16%, or 1 in 6 kids, as averaged from 42 studies worldwide). Following distribution of a media release, a media call was held on launch day at the Dentistry Department of Royal Children's Hospital, Melbourne.

The ensuing broad coverage on national TV, radio, and newspapers was pleasing, as was the international spillover. Within a week, over 40 reports had appeared worldwide, prompting a major surge in website traffic. We gratefully acknowledge the eight D3G members who participated in this milestone event, particularly "Hypomin Kid" Luke Ditcham and his Mum, Vicki.

After three years in development, D3G's new website was unveiled at two dental events held at the Melbourne Convention Centre. The first presentation (3rd April) was made to specialist paediatric dentists at the annual meeting of the Australasian Academy of Paediatric Dentistry by D3G co-directors David Manton and Mike Hubbard. Three days later, Mike lectured to the broader dental community attending the 35th Australian Dental Congress. In anticipation of the forthcoming "official public launch", attendees at both gatherings were encouraged to contribute to ongoing development of this innovative educational initiative.