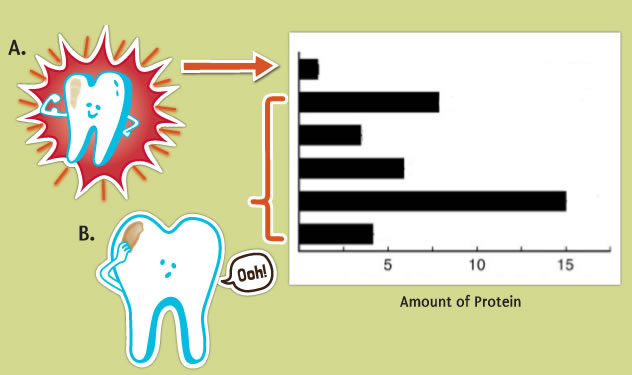 This Biochemical Assay lets Researchers measure how much protein is in enamel, as follows:

A. Normal Enamel contains very small amounts of protein, consistent with the teensy gaps that exist between the Enamel Rods and Mini-Brick Minerals

B. Chalky Enamel has much more protein (varying from 3-fold to over 15-fold higher in different teeth), consistent with there being more space available in its Pores. It is likely that such excessive amounts of protein play a key role in the development of Molar Hypomin

WHAT THIS MEANS FOR MOLAR HYPOMIN AND THE D3 GROUP

The main protein of Chalky Enamel is typically found in blood

Used together, two Biochemical Techniques (Gel Electrophoresis, Mass Spectrometry) let Researchers work out the Identities (names) of the Proteins in enamel, as follows:

A. As already shown in the Kids Section, Chalky Enamel contains lots of proteins that appear Blue in this "Gel Electrophoresis Test", as predicted in the box above. You can see that most of the Protein appears in one place (Strong Blue Band by lower Red Arrow), suggesting that the excessive protein in Chalky Enamel is mostly of one type

B. In contrast to Chalky Enamel, this Strong Blue Band is absent in Normal Enamel

C. When the Strong Blue band was tested with "Mass Spectrometry", its identity was found to be "Serum Albumin". Although found in several places throughout our bodies, Albumin mostly is associated with blood. 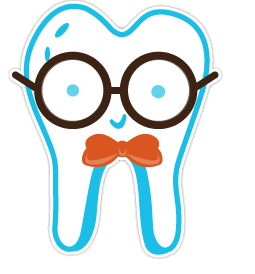 WHAT THIS MEANS FOR MOLAR HYPOMIN AND THE D3 GROUP