Molar Hypomin is a medico-dental problem 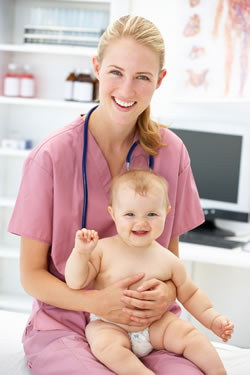 All medicos understand the link between tetracycline antibiotics and discoloured teeth. And because of that knowledge, this once-prevalent problem has been dispatched to the history books.

Most medicos are also aware of the delicate balance that must be struck between fluoride-based caries control and dental fluorosis.  And some will have even witnessed the dental manifestations of hyperbilirubinemia and congential syphillis, which you'll recall are responsible for Green Teeth, and Hutchinson's Incisors and Mulberry Molars, respectively.

But we suspect the vast majority of medicos are poorly informed about Molar Hypomin – particularly its morbidity burden and the link it provides between childhood illness and dental caries. On one hand this knowledge gap is unsurprising given the aetiological uncertainties about Molar Hypomin and its consequential absence from medical curricula. But on the other, this unawareness provides strong reason to inform the medical community and then co-opt their help to solve what really is a medico-dental problem. Indeed, if Molar Hypomin does stem from childhood ill health as we believe, then the medical community (not dentists) will have primary responsibility to implement the
cure once found.

It's got something to do with sick kids! 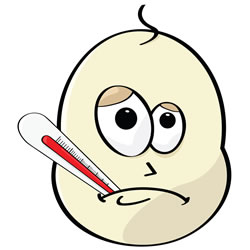 Several lines of evidence implicate childhood illness as the root cause of Molar Hypomin, but the specifics remain unclear despite more than 25 years of consideration. Based on the chronology of dental development, it appears that the teeth most-affected (the 6-year molars) are damaged at some stage during a child's first three years. Such timing of course invokes a plethora of causal contenders.

And therein lies our complex uncertainty ­– is it a particular disease, a particular treatment of that disease, a vaccination against that disease, or some other combination of medical insults that is responsible for damaging the developing tooth? With an average of one in six otherwise-healthy kids being clobbered across the globe, chances are the causal factors of Molar Hypomin will prove to be something quite common.

Suitably savvy medicos are perhaps in equally a good position as the dental community to solve this important problem. But a collaborative medico-dental team effort would be much better, in D3G's opinion (see below). 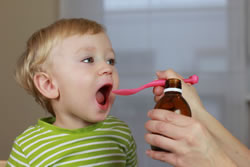 Could we be experiencing with Amoxicillin a replay of the tetracycline-stained teeth story, albeit with less-obvious causality and a different clinical phenotype? The timing appears roughly right since Amoxicillin's three-decade run as a first-choice kids' antibiotic coincides loosely with the period that Molar Hypomin has gained dental attention (see the literature profile).

But you may well ask (as we do), does the latter reflect an actual increase in incidence or rather increased awareness of the problem?

In 2005, strong epidemiology first linked Amoxicillin with a variant type of enamel Hypomin. But subsequent reports addressing classical Molar Hypomin have been less conclusive on aggregate.

Anticipating a multifactorial cause, it seems likely that animal studies will be needed to narrow things down further. Meanwhile, medicos might ponder what they would do if it eventuates that paediatric use of Amoxicillin triggers Molar Hypomin – and thereby adds to the global burden of dental caries?

D3G researchers are attacking the Molar Hypomin problem at all levels from population through to basic biochemistry and the like (see Researcher Directory). Perhaps as a medico you feel inclined to help out?

Ongoing studies with an aetiological focus include: